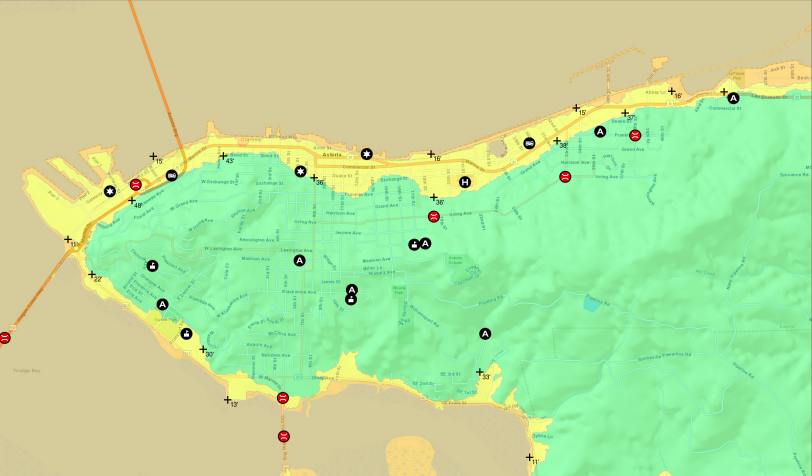 A tsunami struck the Oregon coast on the evening of March 27, 1964, following the great Alaskan earthquake, the one of the largest earthquakes ever recorded and largest ever recorded in North America. In Alaska nine deaths were attributed to the earthquake, but the tsunami took the lives of 106 Alaskans, and wreaked havoc across the Pacific.

The Oregonian reported the local damage on March 28, 1964:

What they didn’t know until later was that four members of a family camping at Beverly Beach State Park were drowned in the waves. Further down the coast the citizens of Crescent City, California suffered the worst fate outside of Alaska, with twelve deaths attributed to the tsunami.

Be prepared for the inevitable next tsunami: find your town’s “Beat the wave” tsunami evacuation route map or create your own using the NANOOS evacuation zone map viewer.